In government, authoritarianism denotes any political system that concentrates power in the hands of a leader or a small elite that is not constitutionally responsible to the body of the people. Authoritarian leaders often exercise power arbitrarily and without regard to existing bodies of law, and they usually cannot be replaced by citizens choosing freely among various competitors in elections. The freedom to create opposition political parties or other alternative political groupings with which to compete for power with the ruling group is either limited or nonexistent in authoritarian regimes. – Encyclopedia Britannica

The word Autocracy is also used to describe this form of government: a country, state, or society governed by one person with absolute power. 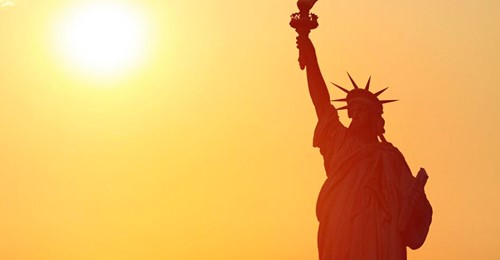 Most of us, no matter our color or country, value our freedom. But today, authoritarians around the world are trying to seize power by peddling lies and deploying violence. Members of the MAGA Faction push bills to silence our voices and censor our history.

Every elected leader must decide which side they are on – those who are standing up for freedom or the powerful few who launch invasion and incite insurrection to rule over us.

Freedom requires standing with the people worldwide who are struggling for democracy, and standing for an America where each and every one of us can thrive and make our voices heard, no exceptions.